Bronx Food Revival Is Rewriting The Playbook On Gentrification 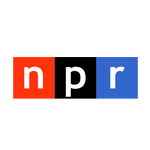 […] Veliz and his culinary compatriots are tired of the back burner. “I’m from the Bronx,” he says in Spanish, “but that doesn’t stop me being a New Yorker.” So they’re turning up the heat — without burning out, as Brooklyn did in its descent into what critics see as pomp and parody. (Torres calls gentrified Brooklyn “cosmopolitanism without diversity.”) Even among revered pizza makers from Naples and across the country at the recent New York Pizza Festival in the Bronx’s Belmont neighborhood, a standout was a pie — short ribs! Tropea onions! Calabrese chili oil! — made by Ciro Perrotta at Zero Otto Nove around the corner.

“There’s an old-school mentality, even with the new generation, of being proud of what you’re doing. It’s trendiness with soul, not just for the regrams [Instagram reposts],” says Celestino. “The flavor of the Bronx can’t be changed. It’s an aha moment every day. Why would anyone want to change that?”

Richard Morgan, a freelance writer in New York, is the author of Born in Bedlam, a memoir.