Get a slice of Naples at New York Pizza Fest

The Bronx to host pie affair this fall

Eat your way around the country’s top pizzerias on one Bronx street this fall. As many as 30 pizza makers from across the U.S., and a small contingent from Naples, Italy, will sell tastes of their signature pies and slices during the first-ever New York Pizza Festival.

The outdoor festival, taking place on Crescent Avenue in Belmont’s Little Italy district over Columbus Day weekend, is modeled after one of the world’s largest celebrations of cheese-y, saucy flatbread — the Napoli Pizza Village in Naples.

“Our idea was to have a similar concept to what’s overseas: a two-day celebration to bring some of the most renowned pizza makers from around the U.S…. to have these stands lining the street in New York, where people can come and enjoy and try these expressions of pizza,” said Fred Mortati, 52, an Italian foods importer whose Financial District based group Pizza Academy Foundation is organizing the event with the Belmont Business Improvement District.

A fixture at the Naples event, famed pizzaiolo Gino Sorbillo — who opened his eponymous pizzeria in NYC last year — will be one of the participants at the New York Pizza Festival. “The pizza world is strong all over the world, especially in New York, and after Napoli Pizza Village, New York will be another great spectacle and pizza community gathering,” he said in a statement.

While there appears to be an initial emphasis on Neapolitan-style pies — the most traditional of which are prepared with cheese, tomatoes and flour imported from Italy and baked quickly in wood-fired ovens for a spotty crust with a wet center — Mortati promised pizza aficionados variety.
“Each restaurant has their own beliefs and styles and makes the product they want to make,” he said.
“There are participants who follow a very authentic Neapolitan tradition. Then there are going to be participants that have a New York style product that use different ingredients and different techniques, so I think you’re going to see a lot of everything.” 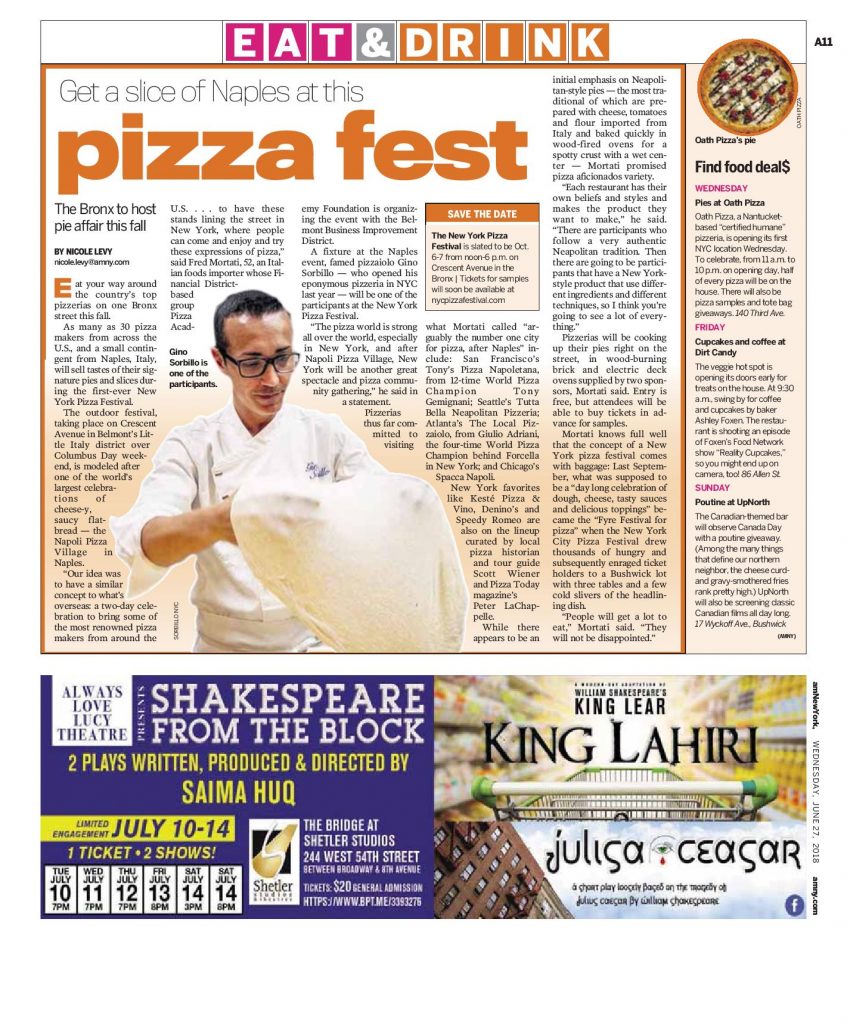