For Vincent Rotolo, pizza is in his blood. While born and raised in Brooklyn with his mom, Vincent spent his weekends with his dad in Greenwich Village, where he lived above John’s Pizza – the Bleecker street pizzeria. It didn’t take long before he was part of the team; at just 12 years old, Vincent started working the kitchen after schools and on weekends. There he was first introduced to the art of brick oven pizza and a lifelong passion began.
Since then, Vincent has spent more than 25 years in the hospitality industry. Highlights of his early career experiences include positions at The Odeon, Bouley Bakery, and Front of House Manager of Gigino Trattoria in Tribeca. In 2011, Vincent accepted an offer from Michael Chernow to join the management team at The Meatball Shop, jumping into a whirlwind of press, rave reviews and 2-hour plus lines.

In late 2017, Vincent decided it was time pursue his longtime dream of opening his own pizzeria. After a few visits to New York City to learn from some of the best pizzaiolos in the world, Vincent had an “aha” moment and decided his mission was simply to “make good pie.” His concept was crystal clear, and Good Pie was born.
Opened National Pizza Day (February 9) in downtown Las Vegas’ Pawn Plaza, Good Pie highlights the unsung Grandma-style pizza while honoring grandmas throughout time. In addition to Grandma Pies, Good Pie offers Brooklyn and Detroit-style pizzas as well as several gluten-free and vegan options.
Vincent is often referred to as passionate and obsessive of all things related to pizza and Italian American food culture. When not in his pizzeria, he is often making pies for friends in his homemade pizza oven at his downtown Las Vegas home and chilling with his Pitbull, Brooklyn. 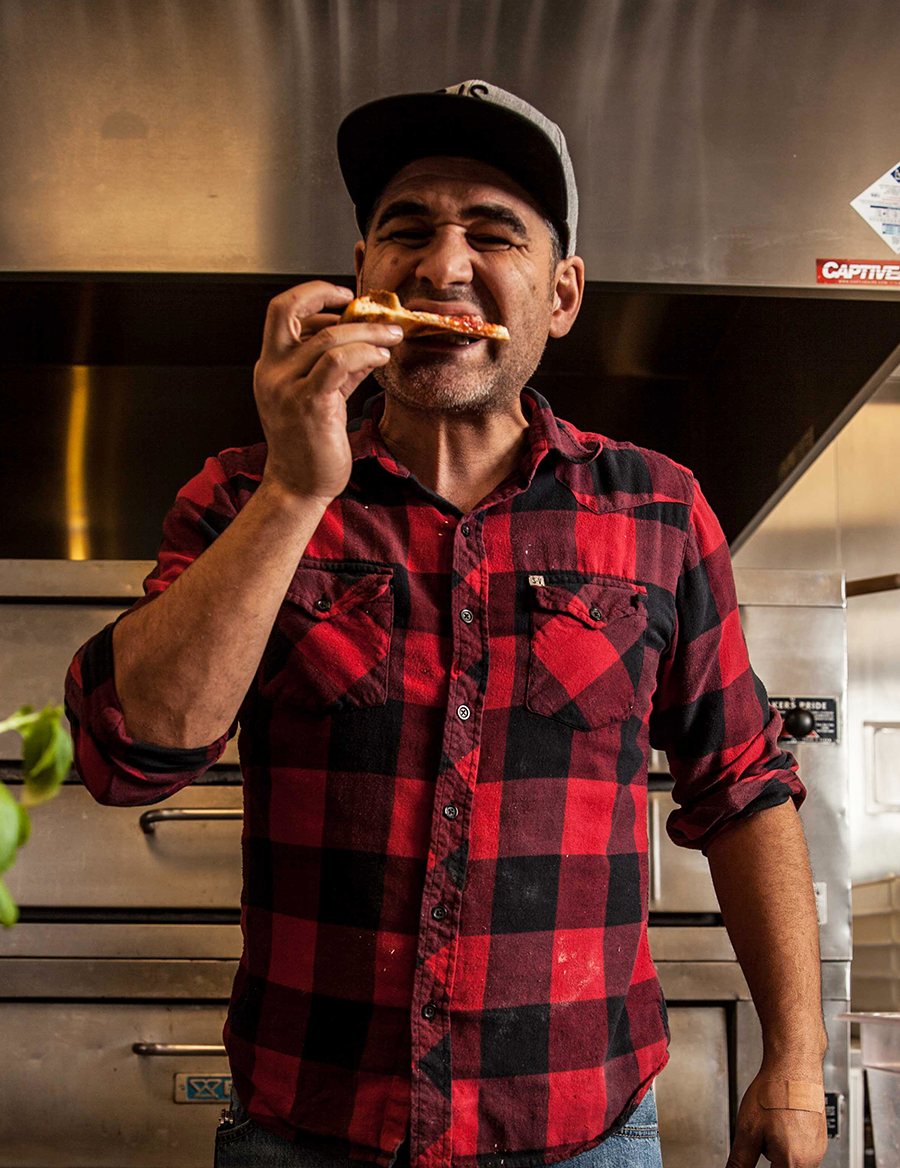